Television advertising TV viewership in India has been growing exponentially ever since its inception in the late 60s. The TV platform opened up a unique and highly impactful advertising medium to the mass audiences. From Daily FMCG products, to financial products, Gold, vehicles and more, the TV is the preferred medium of advertising for many brands. Broadcasts in an Indian Tv channel will help you reach out to a national audience. Also with channels broadcasting in regional languages, it is possible to reach out to a more localized audience. These varied options couple with the visual impact make television advertising a well sought after medium of advertisements.

Television ads generally are displayed as short videos. Sometimes slides or scrolling Marquee bands on the side or bottom of a channel are common ad formats. Television ads can be either of these three types: Regular FCT Ad: The regular types of ad that are played during the commercial break on Tv shows. They are the most popular ad format and the rates for these are mentioned on the site.

Aston Band: Aston Band ads are costlier than commercial break ads because they cannot be ignored. These flash ads are played on TV along with actual content. They are usually placed on the bottom of the screen.

Scrollers Ad: A short duration ad which plays itself in a marquee format and scrolls from one end of the screen to other. The rate of a scroller advertisement depends upon the popularity of the channel. Usually news channels play scroller ads.

Teleshopping ad: Teleshopping ads refer to those ads which are broadcast in the form of a pre recorded program. Generally this programmed advertisement can be anywhere from 10 minutes to 30 minutes long. These Teleshopping ads are generally played when TV viewership is low. (i.e early morning/ late night) and the non peak hours make it a low cost option for advertisers. Find the list of popular TV channels in India accepting teleshopping ads on Adhox.

L Band An L band ad is place on the left side and bottom of the screen in an L shaped pattern. These ads are costlier than commercial break ads, because here again, ignoring the Ad is difficult. The ads are played along with the content/ TV program.

Banner ads: Sponsorships tags are those “ presented by” or “powered by” tags given to advertisers when a program is broadcasted or presented. Sometimes these tags are offered free of cost.

1. Channel Viewership rate: Popular channels will have a higher advertising cost. The viewership data for any channel can be traced from the reports of BARC- BARC stands for Broadcast Audience Research Council. It is a consortium of broadcasters, advertisers, and advertising and media agencies, via their apex bodies.

2. Time of the day when Ad is to be played: Content integration is another popular television advertising option.

3.Content integration: Time slots with more viewership rates will be costlier than more relaxed time slots. Prime time slots are when the viewership is highest and have the most cost associated.

5.Advertising season( Time of the year): Advertising rates shoot up during festive season and important occasions.

6.Run of the day Ads: An ad broadcast format, where your ad is played at different intervals during the day.

Find the best rates for TV Advertising, here on Adhox.

Television advertising ad format Advertisers need to provide their Ad in .mov format to the TV channel to get it played. Specification of for video ads varies from channel to channel. However, a basic ad format that you can follow for most of the channels in India including the Star HD channels is specified below:

I. Is Television advertising very costly?

As specified above the cost of TV advertising depends on a number of factors such as channel viewership, time of the day, festive season, ad format etc. A normal ad on TV will cost you anywhere starting from Rs. 200 for a 10 sec ad.

II. How can I know the viewership data of a Television channel?

Knowing the reach of a TV channel is important before deciding to advertise in it or not. BARC reports the detailed viewership data. At Adhox, we do report the viewership details for a few channels.

III. Can I get discounts when advertising on TV?

IV. Will the Television agency help me design my ad?

Some TV agencies do help in designing the ad. However, the cost for this is separate from the ad rate mentioned for television advertising.

V. Do I need to book my Television ad in advance?

You will have to book your ad at least 4 days in advance.

VI. Are these the best rates for TV advertising?

No. TV channels come up with discounts often. Do check with your TV ad agency before booking.

VII. What is the generally accepted format for television advertisements?

The .mov format is generally accepted for Television advertising.

VIII. Can I cancel the ad once booked?

Yes. You can cancel the ad after booking provided it has not been scheduled yet. Ads are scheduled one day in advance.

IX. How can I know the viewership data of a Television channel?

Knowing the reach of a TV channel is important before deciding to advertise in it or not. BARC reports the detailed viewership data. At Adhox, we do report the viewership details for a few channels.

X. Can I cancel the ad once booked?

Yes. You can cancel the ad after booking provided it has not been scheduled yet. Ads are scheduled one day in advance.

XI. What are the steps that need to be followed when placing my ad on TV?

1.Share your ad requirement, and budget. 2.Share your video with the agency in specified Television advertising format 3.Check for any available discounts 4.Make the payment

XII. How to make sure that my ad has been played?

To know whether your ad has been played or not, you will be provided with a BARC report which will tell you your ad length and the time at which your ad was telecasted. 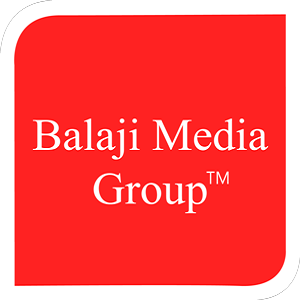